I can't believe that I forgot to tell you I have a piece in the January 2015 Bead Style Magazine!  The necklace is one of my favorites; I use it sometimes as a jury piece when applying to shows.  The real thing is prettier than this; the colors are more subtle.  The shot below is over-saturated. 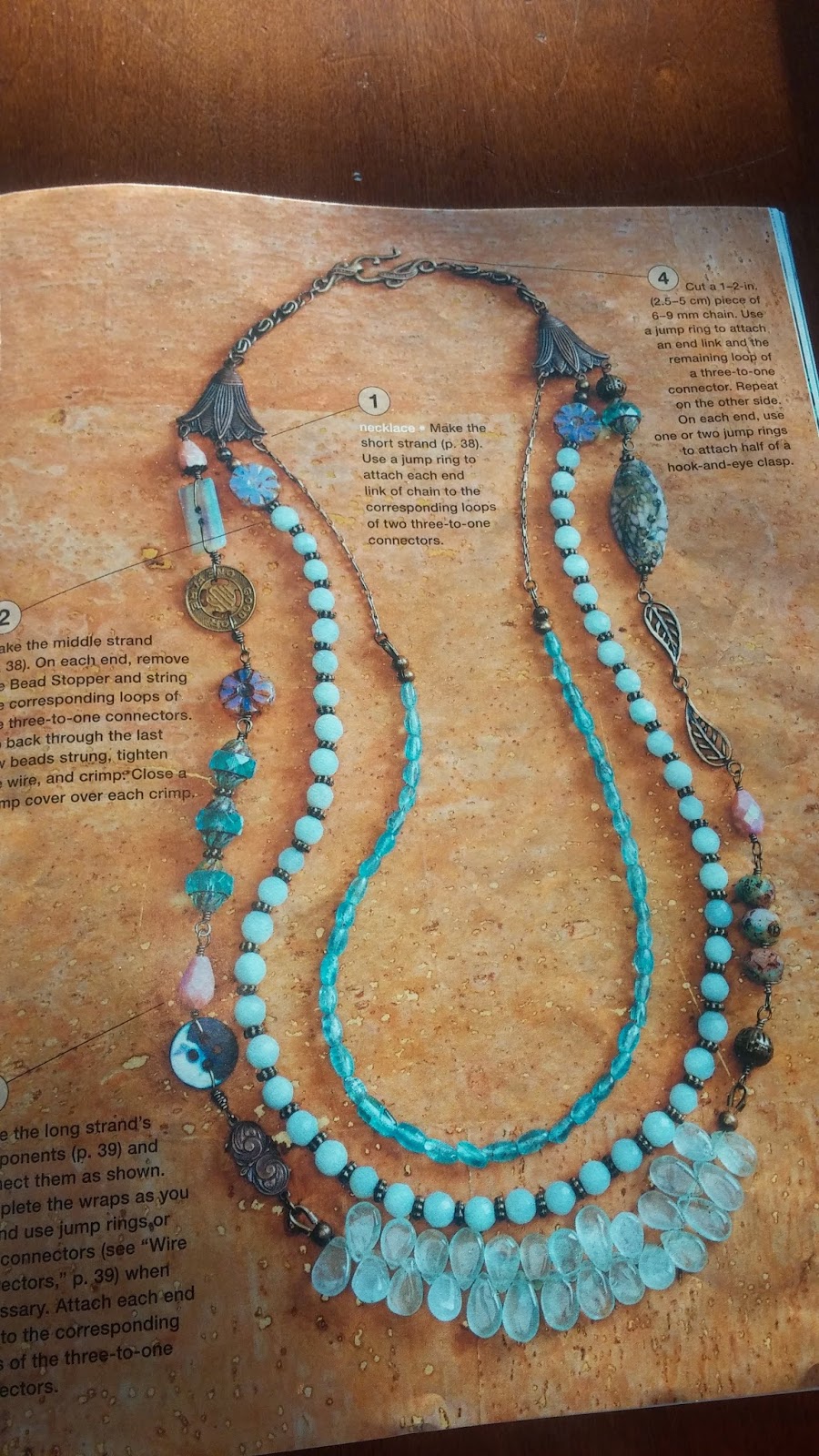 Its funny how the piece got into the magazine.  One of my too-many goals for 2014 was to send six (!) pieces to magazines in hopes of being published.  I sent two or three, but this wasn't one of them and none were accepted.  I did, however, enter a design contest with six pieces, of which the necklace was one.  None of them won though, and I forgot all about it.

Months later I received an email from a someone at Kalmbach Publishing saying her team had seen this necklace in the contest entries and wanted to publish it in the January 2015 edition, if I was willing. Uhhh, yeah...

Its a good thing my niece Leslie owns it, and was willing to give it up for several months, as I had to send the necklace to the editor.  I thought they'd just take a photo or two and send it back, but no! They took the necklace apart and reconstructed it over two pages of the magazine.  Yay!

The payment was not large, but it was gratifying, and more than I sell in 90% of the shows I do any given year.  Or did.  I won't be doing those kinds of shows anymore, but that's another story.

Dan was so supportive, he posted each and every page on Facebook, like His friends are the jewelry makers.  I passed the magazine around to my Bunco group and Monday night bible study group, embarrassed about it but proud, too.  Posted it on my Facebook page, too.  Hard to blow that horn, but I'm learning, gosh darn it.

I'll be submitting more pieces to magazines in 2015 if I can get my act together.  Entries are due many, many months before publish date, which I haven't seemed to grasp.  Wish me good fortune!

Here is a better shot of the Leslie's necklace, as to the true color, anyway.  This is a little washed out, but much closer to the real color than the magazine shot.  Dan took the photo and needs to learn some things about photographing jewelry, LOL.  (He's already improved since then, and I'm happy he helps!)  The briolettes are apatite from Limabead.com.  I've not been able to find them again, darn it. 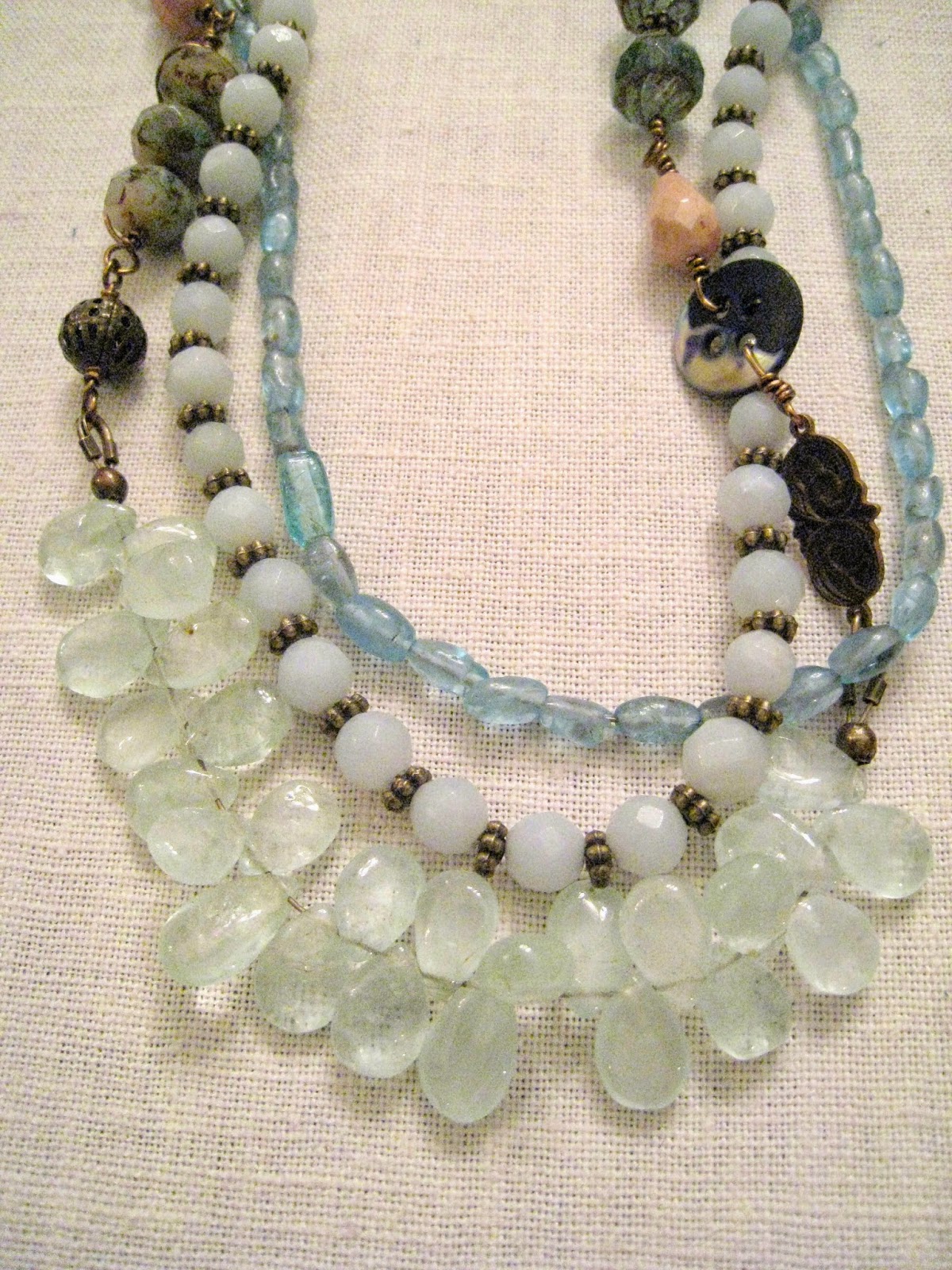 My next blog post will be my first about the Build a Line Challenge from B'Sue Boutiques, where Brenda Sue is helping me and 56 other designers learn how to build a jewelry line.  Stay tuned! 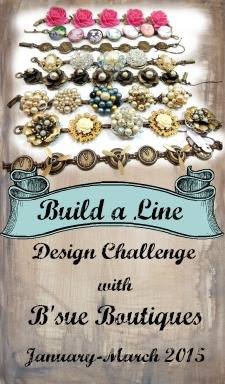 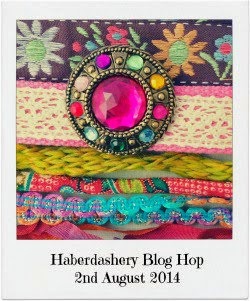 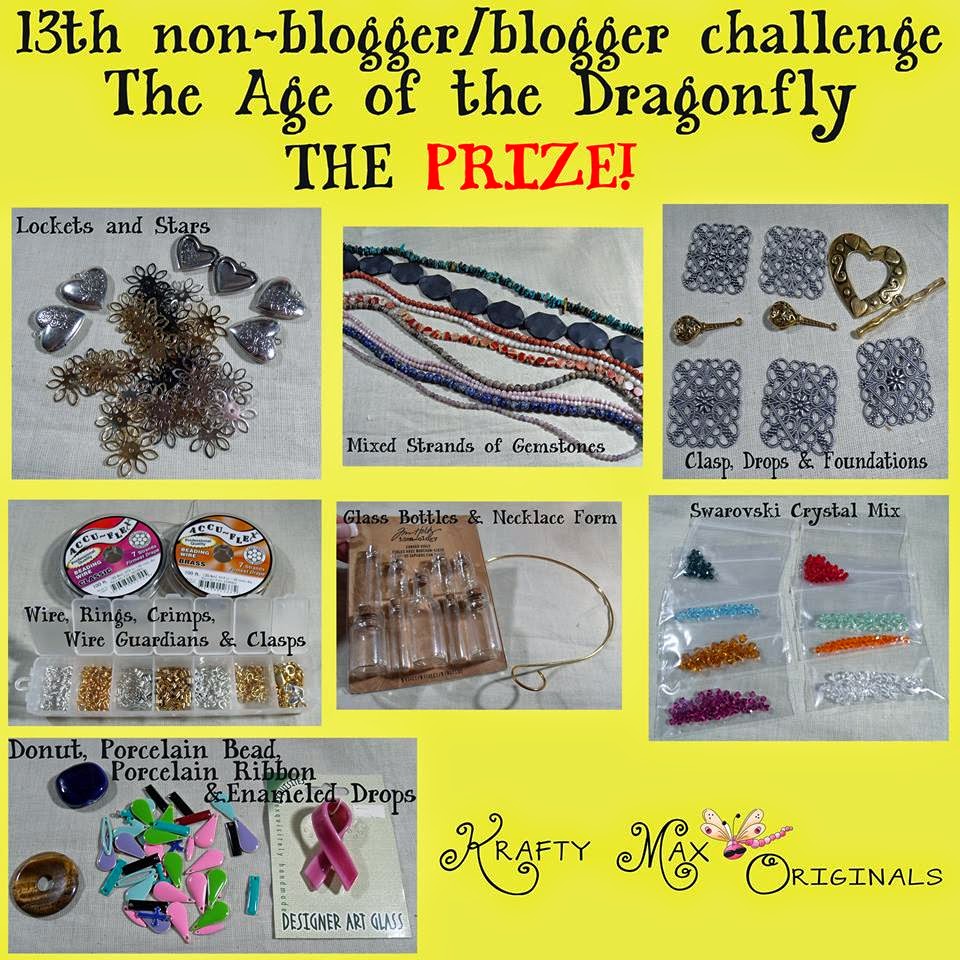